Skip to Main Content
It looks like you're using Internet Explorer 11 or older. This website works best with modern browsers such as the latest versions of Chrome, Firefox, Safari, and Edge. If you continue with this browser, you may see unexpected results.
Libraries 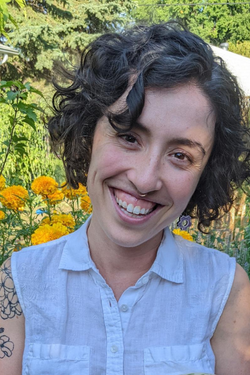 Before you begin (for non-Indigenous researchers):

Recognize that there is no single, cohesive Native American culture

The cultures of the distinct nations who originally inhabited North America as as diverse and distinct as those of any other continent, and this carries over into issues of health. "Pan-Indianism" is out-of-date, reductionist, and conflates distinct cultures, perspectives, and variables.

Consider who is speaking

Did the research methods used involve the community from beginning to end? Are outsiders interpreting meaning for the community? The health outcomes a community desires may not be the same as what the medical establishment thinks are important or desirable.

American Indians and Alaska Natives have extensive histories prior to contact with Europeans, and these may inform modern health practices and issues within these communities even as most health research studies focus on health issues arising from the violence of colonialism and resulting historical trauma.

In recent history (1900 to the present), the way the US interacts with Native American communities has changed enough that a refresher in Native American and US Government relations is advised. Be aware of the role of boarding schools, forced sterilizations and relocations, as well as historical availability of health care.

In the United States, only 574 tribes are federally recognized, and 76 are state-recognized. Tribes must petition the government for recognition, and this process is ongoing to this day, with some cases taking 30 years (NCAI).

Large research studies in the recent past have betrayed the trust of American Indian communities (WA Post). The Havasupai Tribe in Arizona, "...learned that researchers at Arizona State University (ASU) had gathered blood samples from them to search for a link to diabetes but used the samples to look for other diseases and genetic markers, thereby violating the basic tenets of human subject research." (Robyn 2011 AMA Journal of Ethics)